AFTER 30 YEARS, A GHOST FROM THE PAST RETURNS!

Avenging Spirit (Phantasm in Japan) debuted in arcades in 1991 and found modest success amongst the popularity of beat 'em ups and fighting games.  It would arrive on the Game Boy® a year later with a limited physical release in the West.  Although it was an action platformer, it also had a unique game mechanic - possessing your enemies!  How you proceed depends on who or what you possess, be it a gangster, a guru, a vampire, or a robot.  A young man's life was taken away by gangsters kidnapping his girlfriend.  With the help of her father, this little ghost must get into the spirit and end the crime syndicate's plans and rescue Gennifer before it is too late! 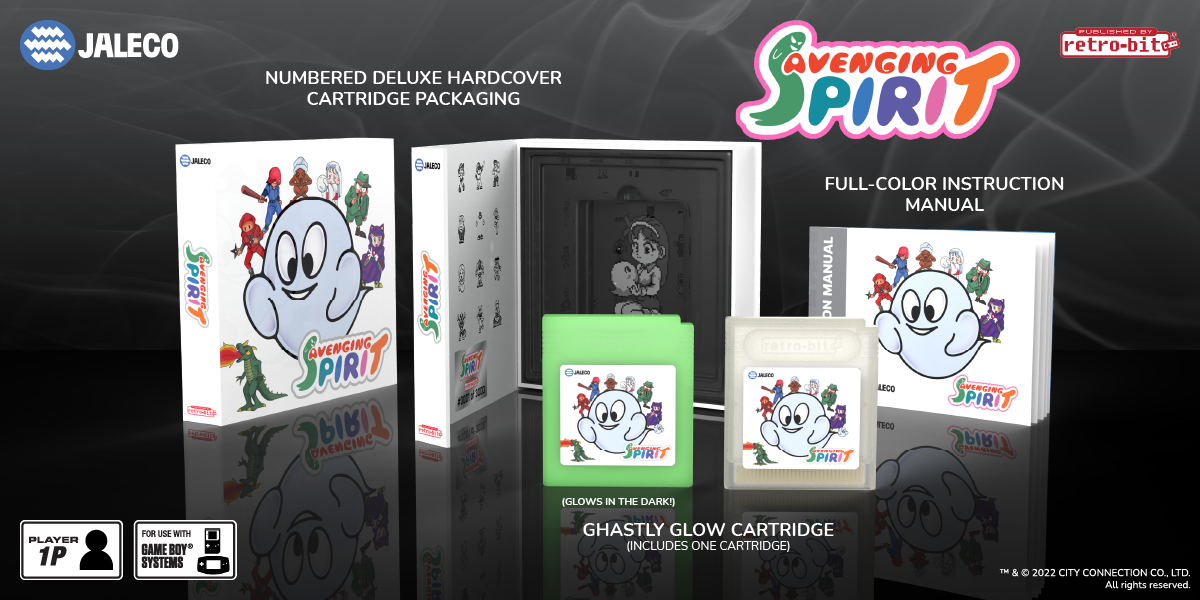 BRING DOWN THE SYNDICATE ACROSS SIX STAGES! 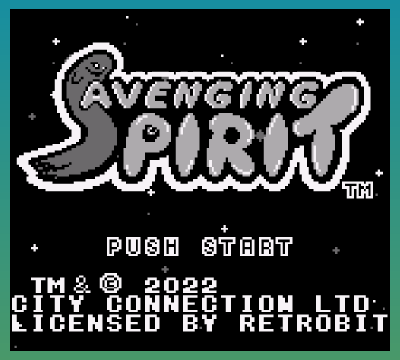 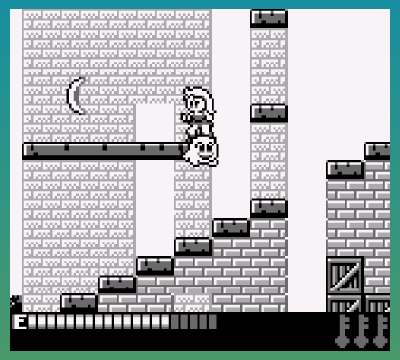 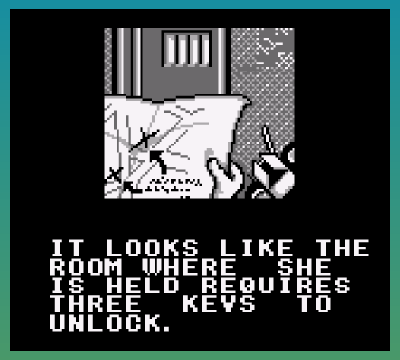 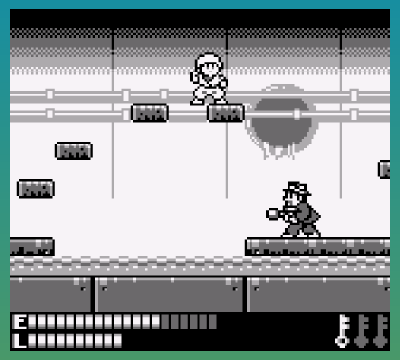 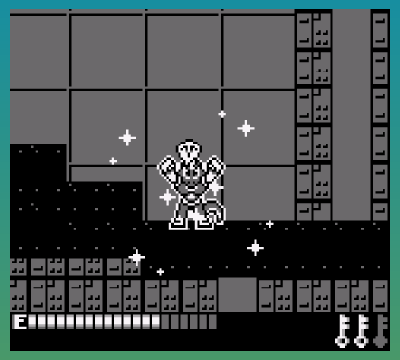 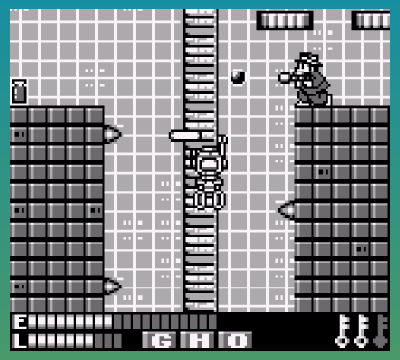 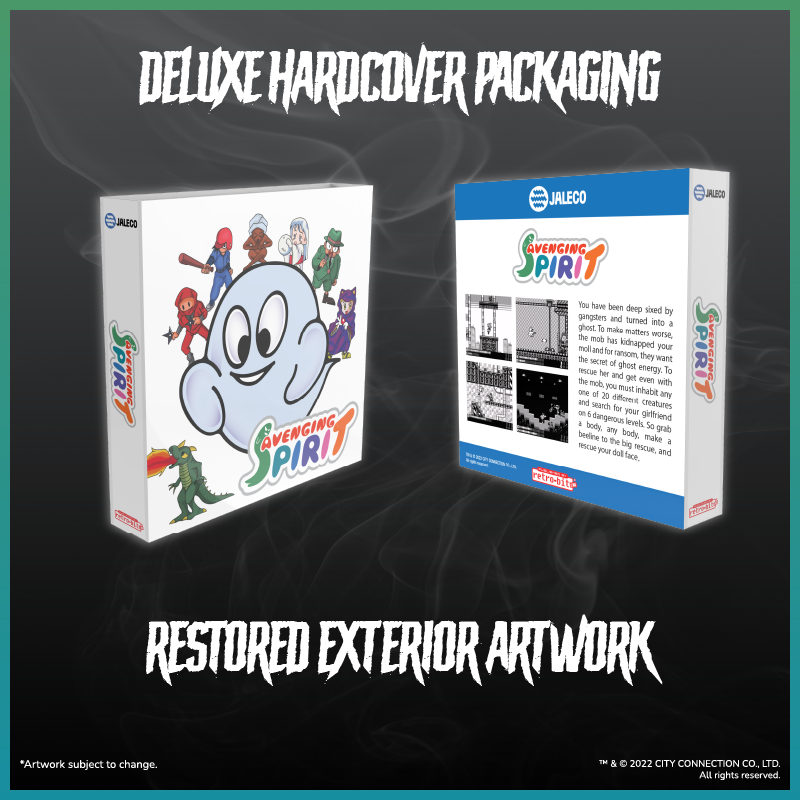 Once you receive Avenging Spirit, it will look similar to the European and Japanese releases with its distinct box art showing our ghostly hero and some enemies. 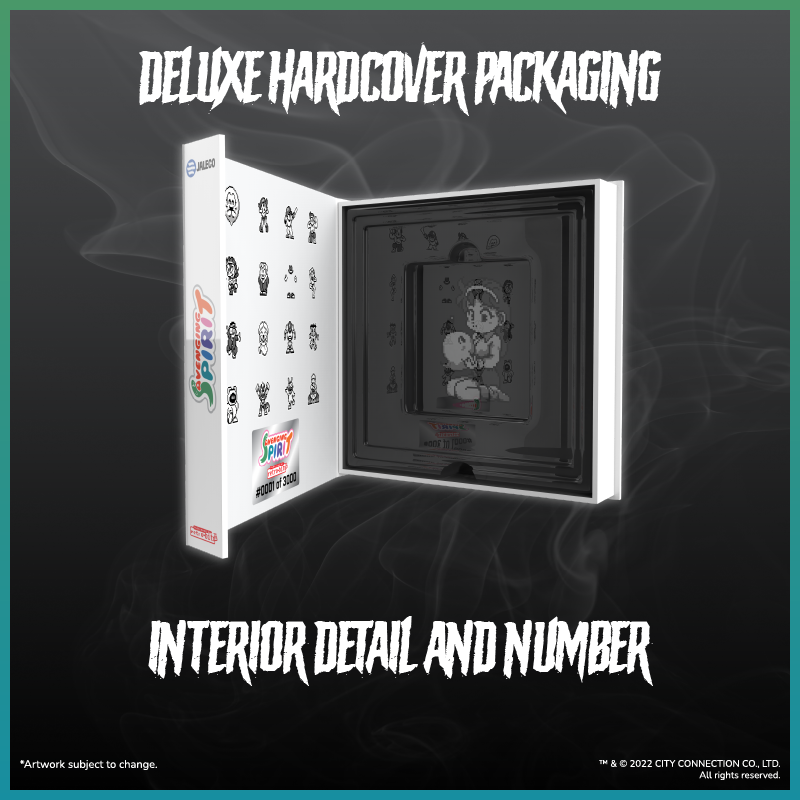 Our first foray into Game Boy® games means we needed to put it in something special.  This game box comes with additional sprite art and sturdy features to keep your treasure safe. 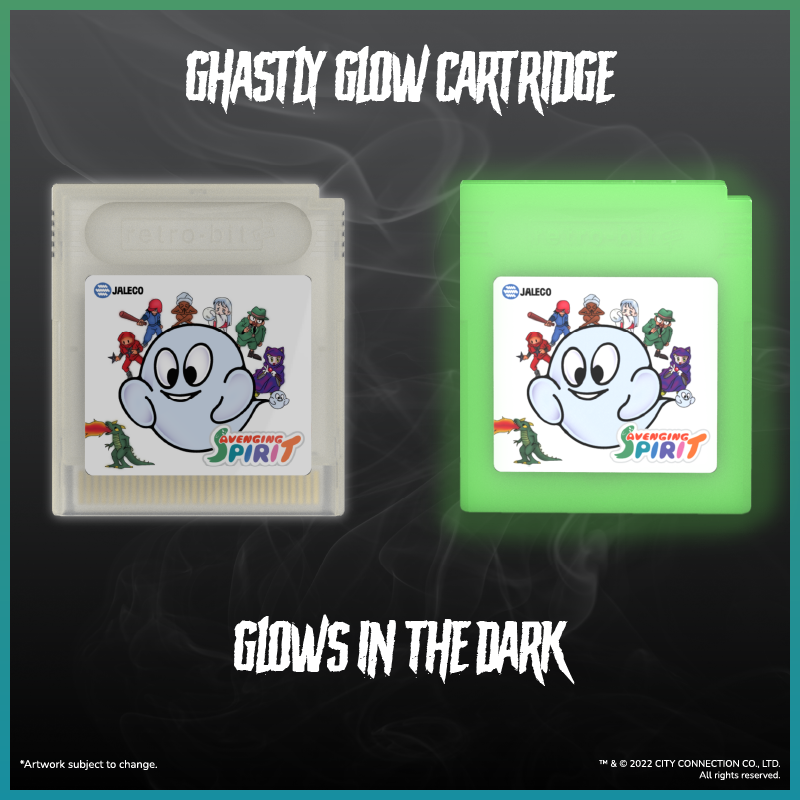 What better way to celebrate the return of this title than to give a glowing reception!  This Ghastly Glow cart can run on original Game Boy® consoles and other third-party consoles/adapters. 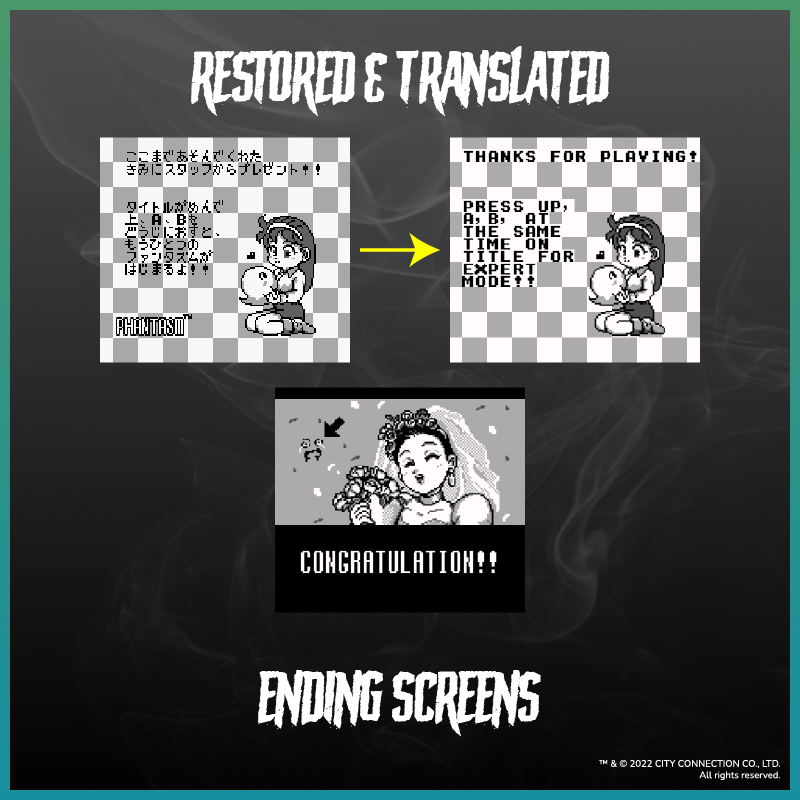 Our team took the extra step to bring back the endgame screens previously only on the Japanese version.  The Expert Mode hint is also officially translated for the first time! 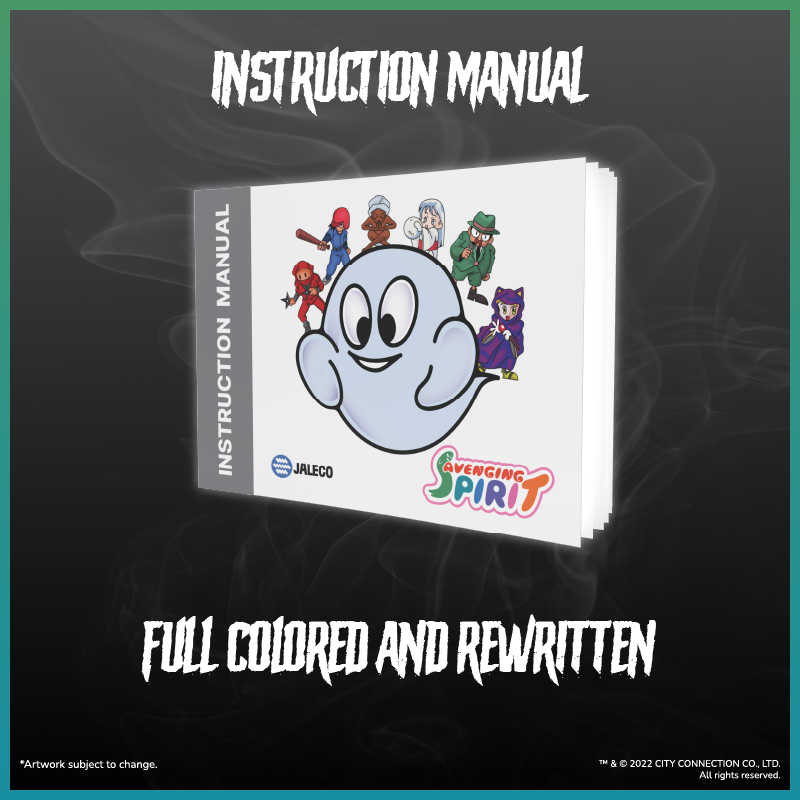 As with all our physical releases, you will also get a full-colored instruction manual full of information, hints, and tips!

Through our shared values and respect for the history of our industry, Retro-Bit is proud to partner and support the VGHF by donating a portion of our Avenging Spirit re-release to this amazing cause.

Your own enjoyment of the game is going to come down to how much you enjoy the character possession mechanic, but we found it to be both addictive and deliciously dark.

Overall, though the arcade version of Avenging Spirit is still fun, the Game Boy port is far more enjoyable, and you would probably be hard-pressed to find someone who prefers the arcade original to it.

Its appeal lies entirely in its inventive ghost-possession mechanic, which was the kind of slick idea that felt way ahead of its time when it was first released 20 years ago.

Avenging Spirit isn't easy, so don't expect to go "ghost to coast" right away. It's definitely fun though and it will entertain all intermediate players until they're mere ghosts of their former selves.

"Not many people may have heard of this forgotten classic, but it's absolutely one worth digging up."