Since 2019, our partnership with SEGA® has allowed us to learn and grow with the community with each release.  A question we often would get was to release other controllers by SEGA®, most notably the original MK-1650 3-button arcade pad from the original console release.  It was through our extensive feedback from our fans that our developers began planning for a new controller based on that original design.  We looked at all its features and added the 6-button layout while maintaining the wide, familiar grip that fans enjoyed. 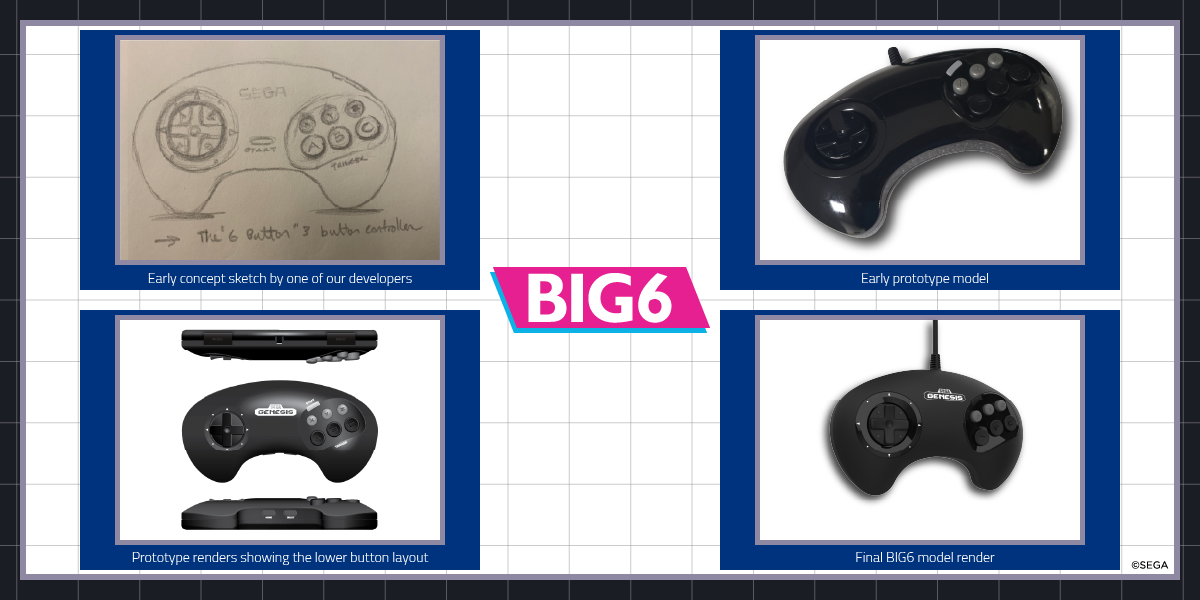 We understood that what people enjoyed about the original 3-button controller was the wide shape, the sleek design, and the comfortable grip.  Our team updated the design by adding additional X-Y-Z buttons while incorporating a Mode shoulder button without changing the overall form factor.  From there, the Start button was moved above the 6-button layout and made more flush so that only intended inputs would register - no accidental pausing!  On the USB® controller, we added a similar left-side shoulder button as well as Home and Select buttons beneath the controller to keep the clean and sleek design.  This gives players that nostalgic, familiar feel of the original with some modern improvements. 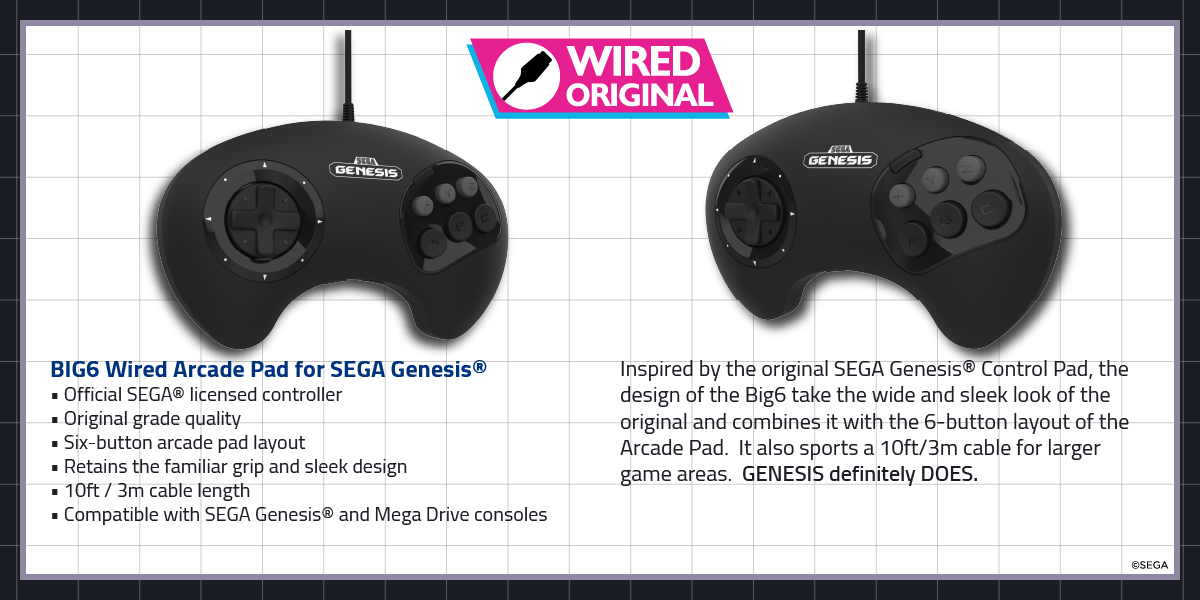 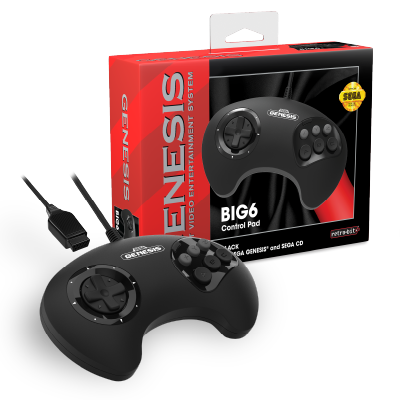 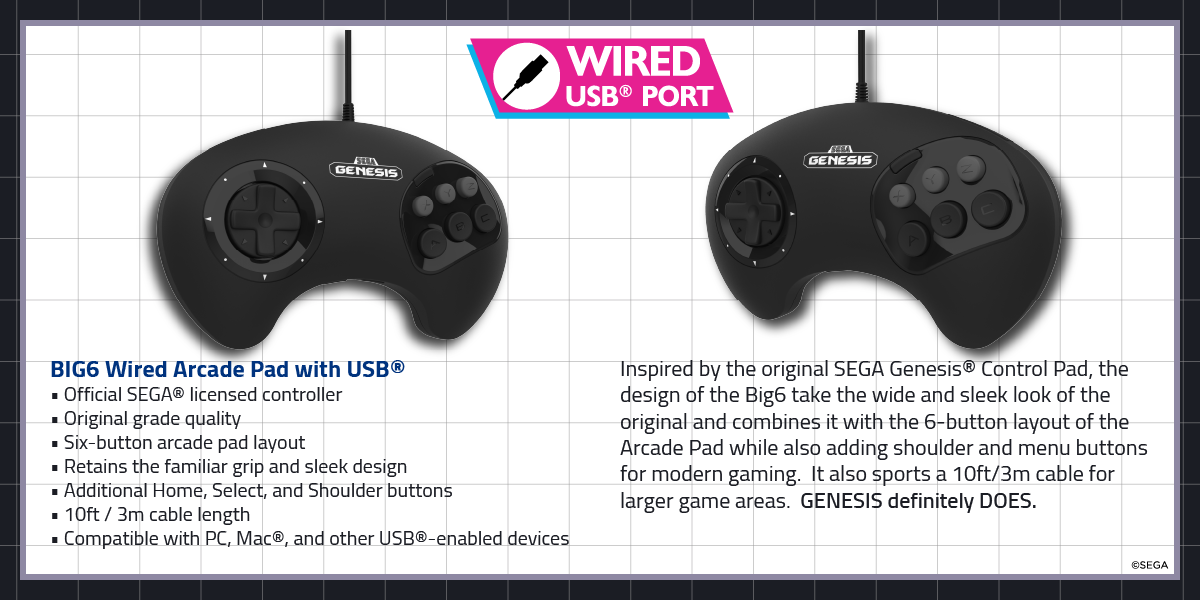 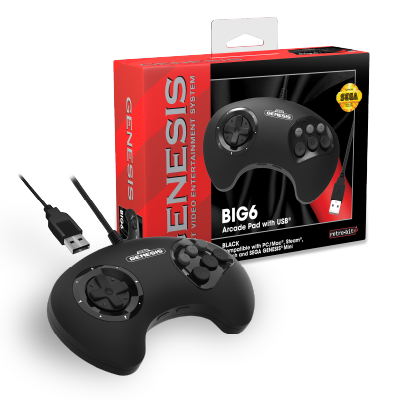 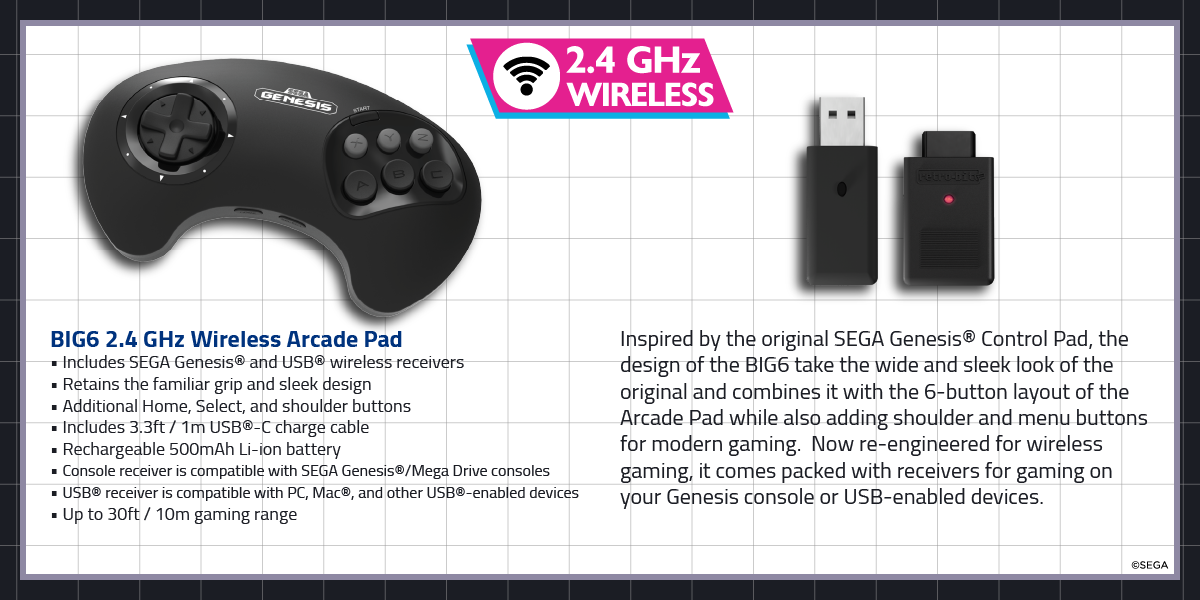 Due to our constant efforts of improving, the final product is subject to changes in design and capabilities prior to its official release.