The indie-hit returns in a definitive 8-Bit edition for the NES® and more!

In 2017, Elden Pixels would release their first title - Alwa's Awakening.  The four-man team came together to develop games for the NES® originally but an adventure this big - over 280 MB once released on PC and modern consoles - would prove to be a challenge.  Thanks to the help of talented programmer Brad Smith and our team at Retro-Bit Publishing, together we are offering to bring this new take on the original game.  It is through this partnership that we are also proud to announce a new way to add this title to your collection - Digical! 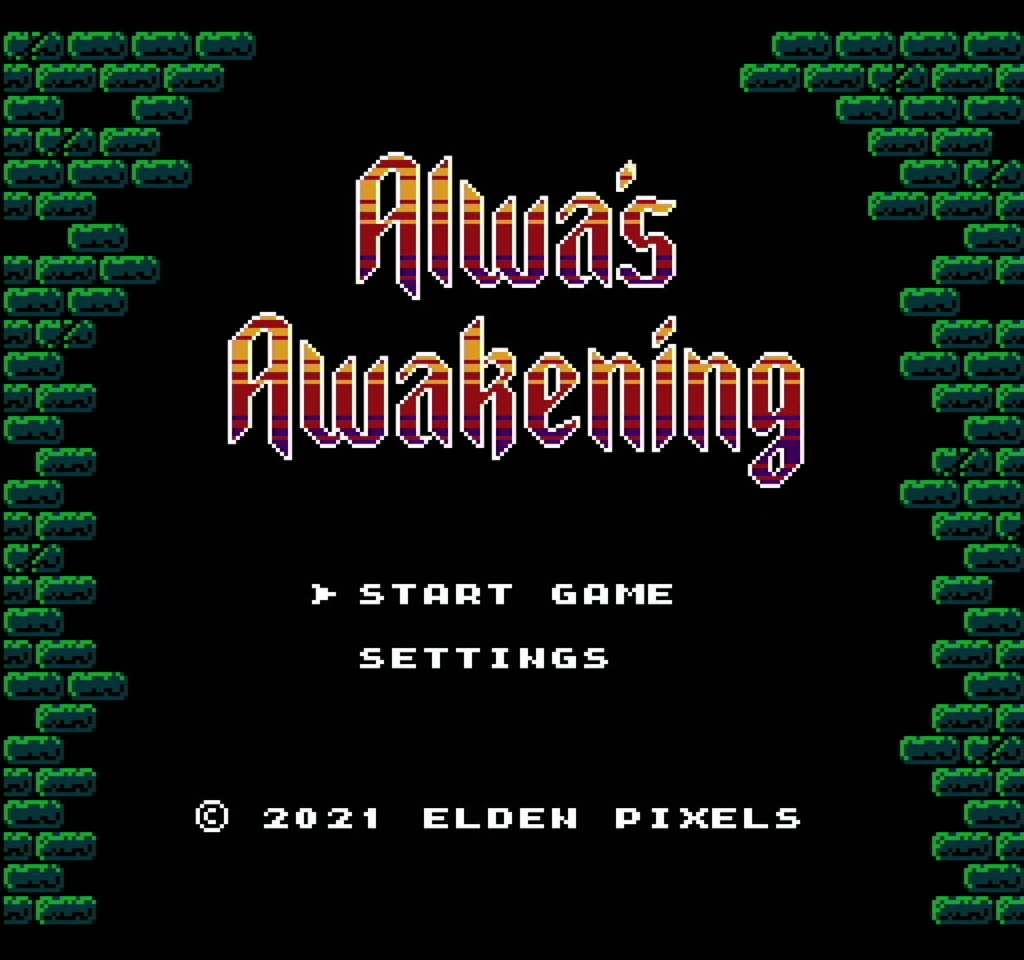 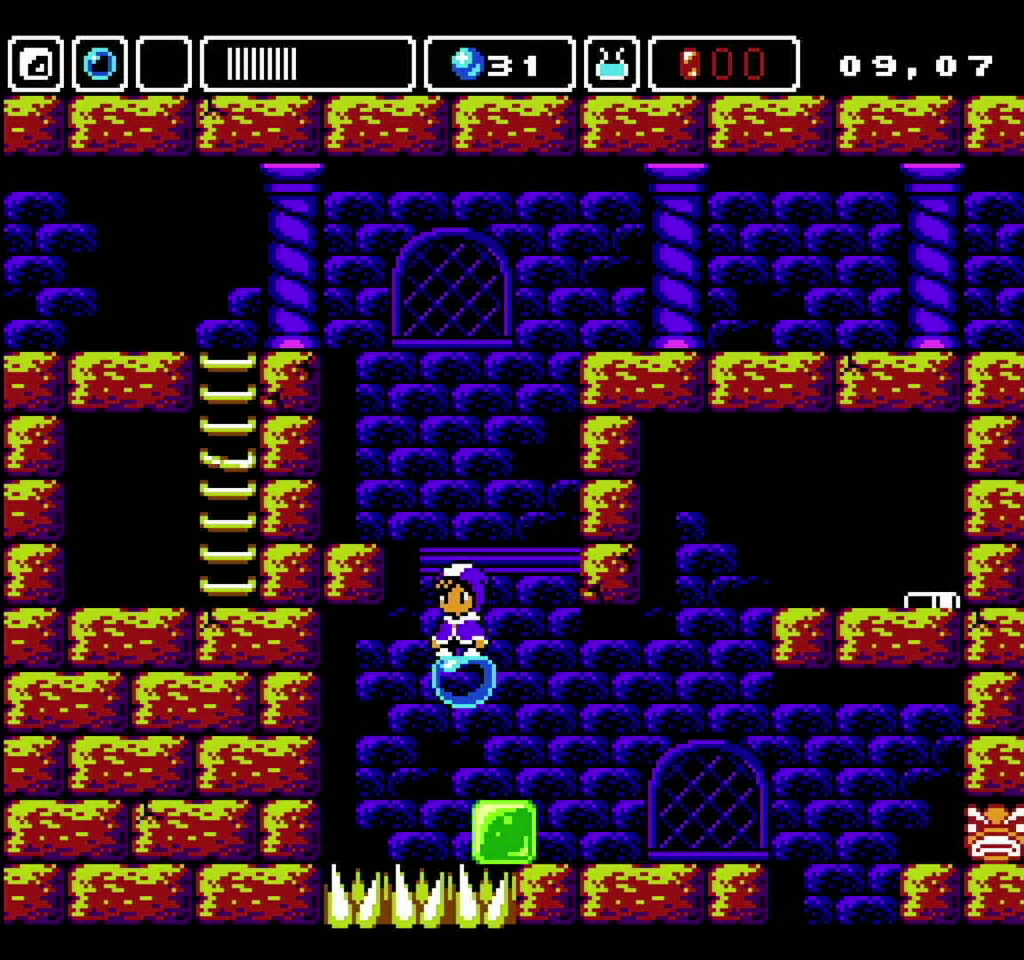 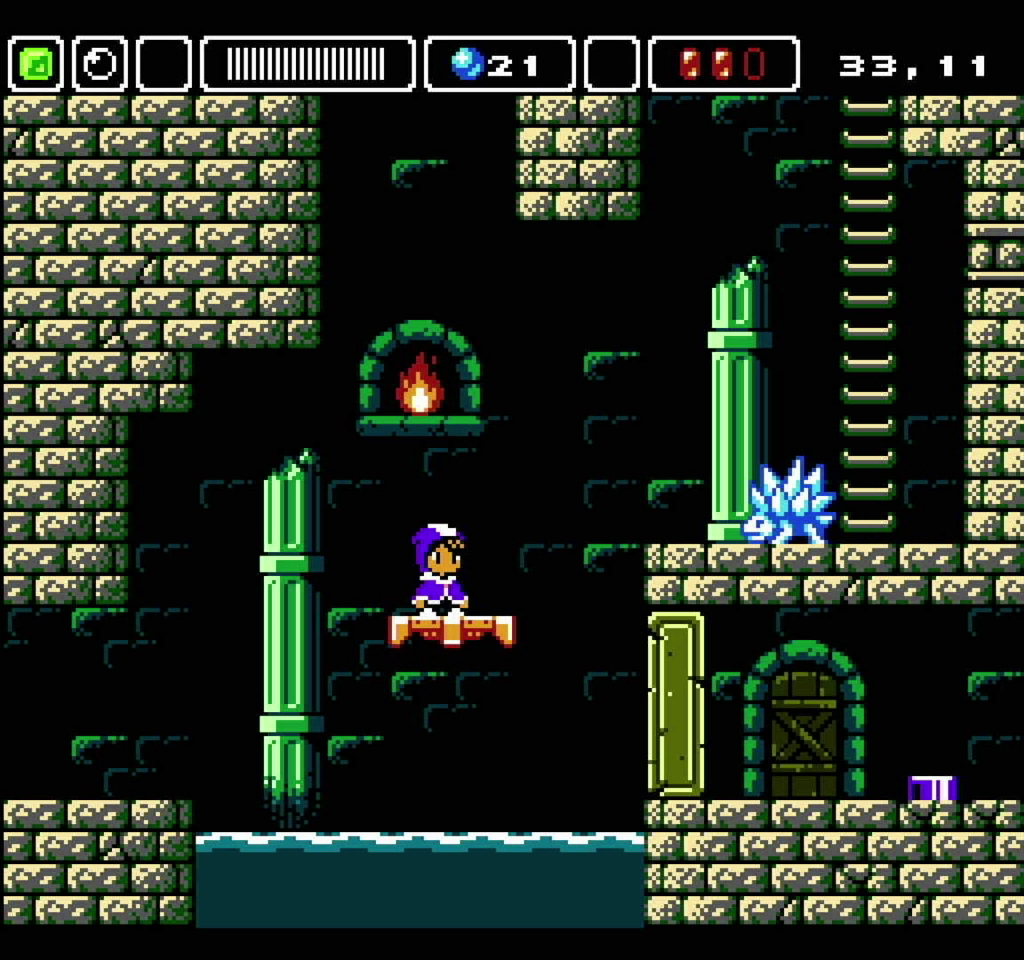 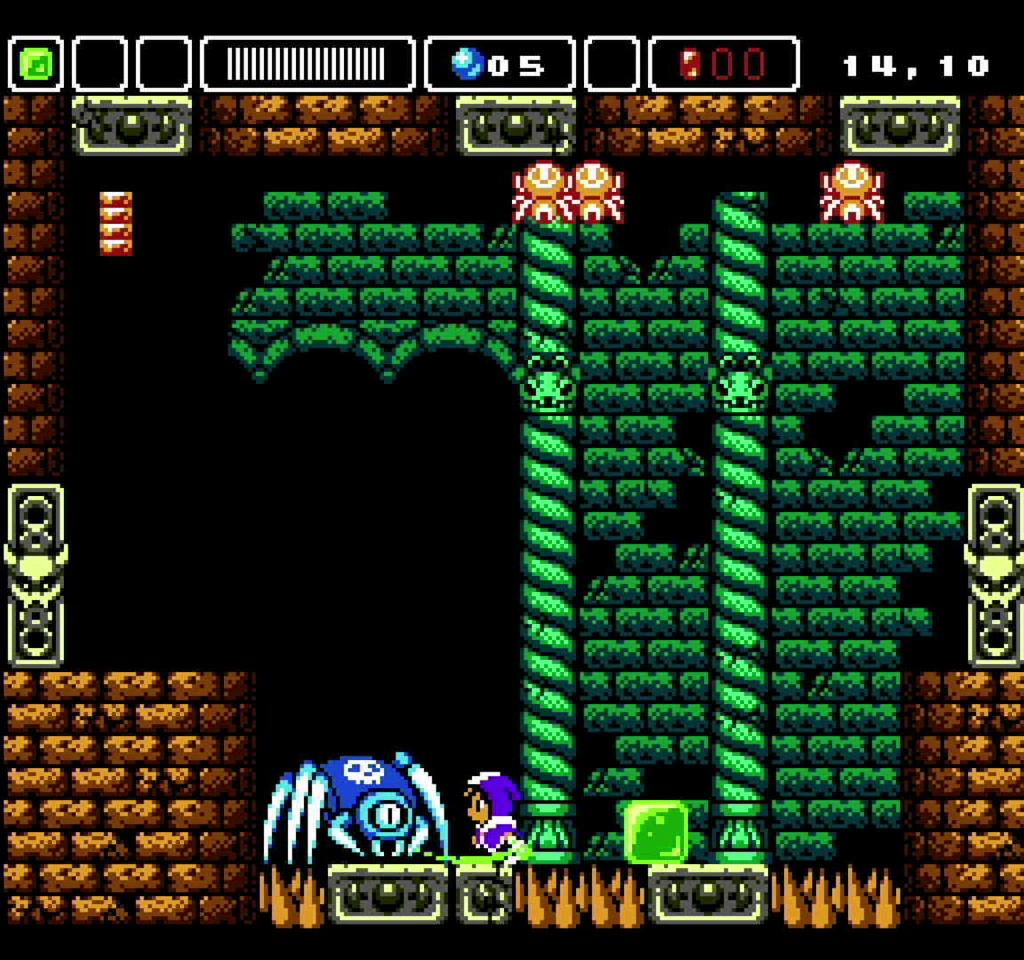 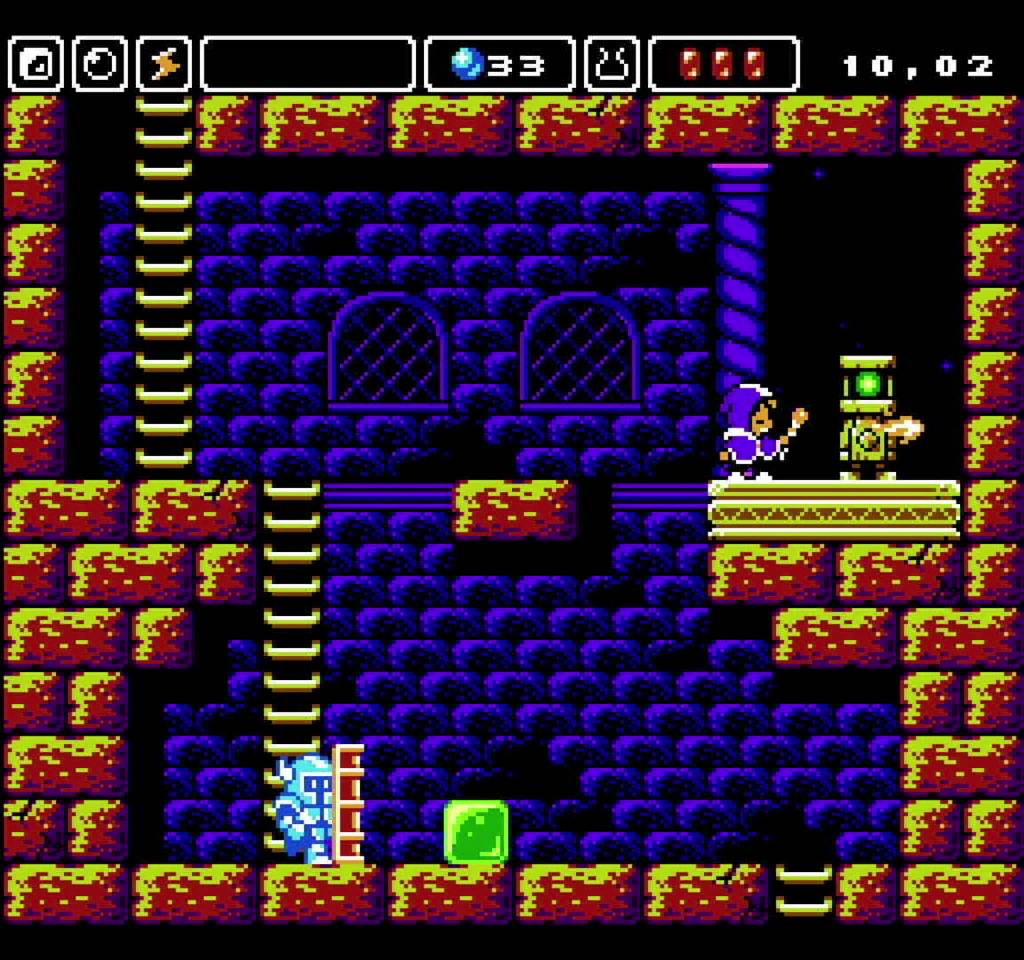 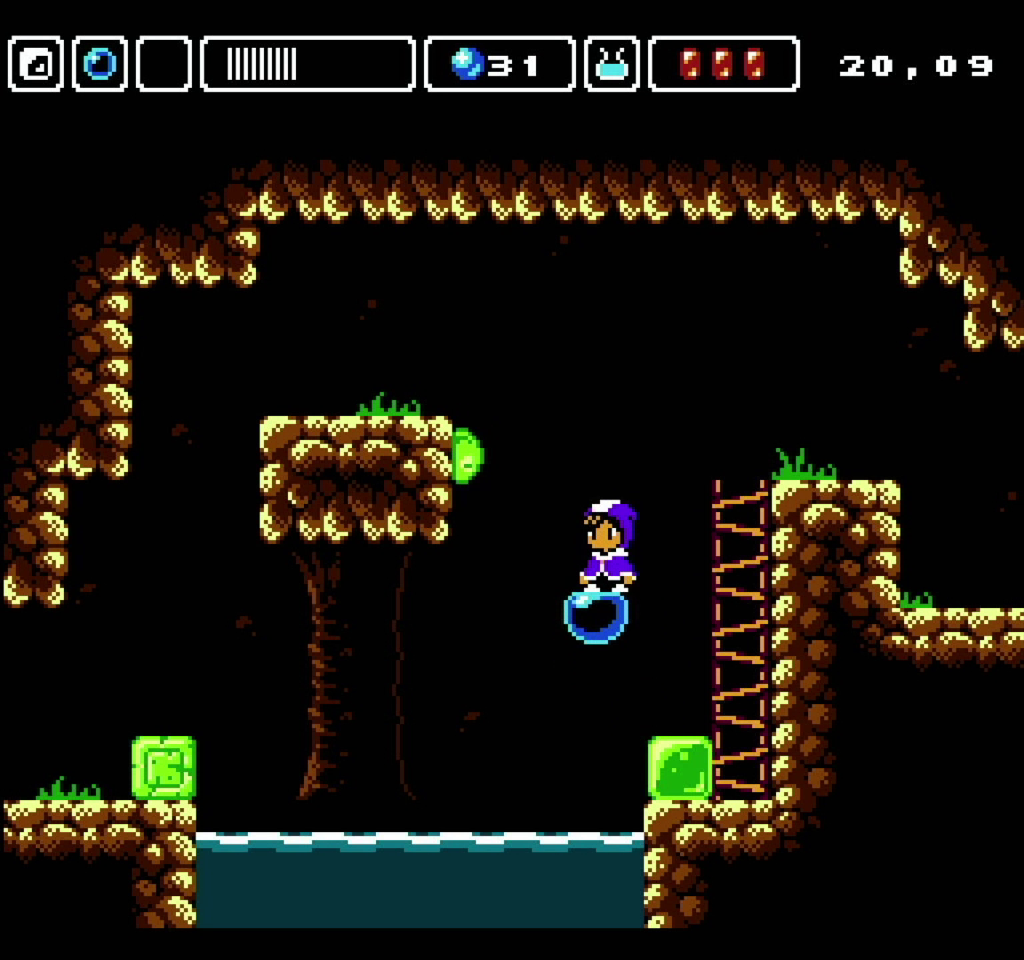 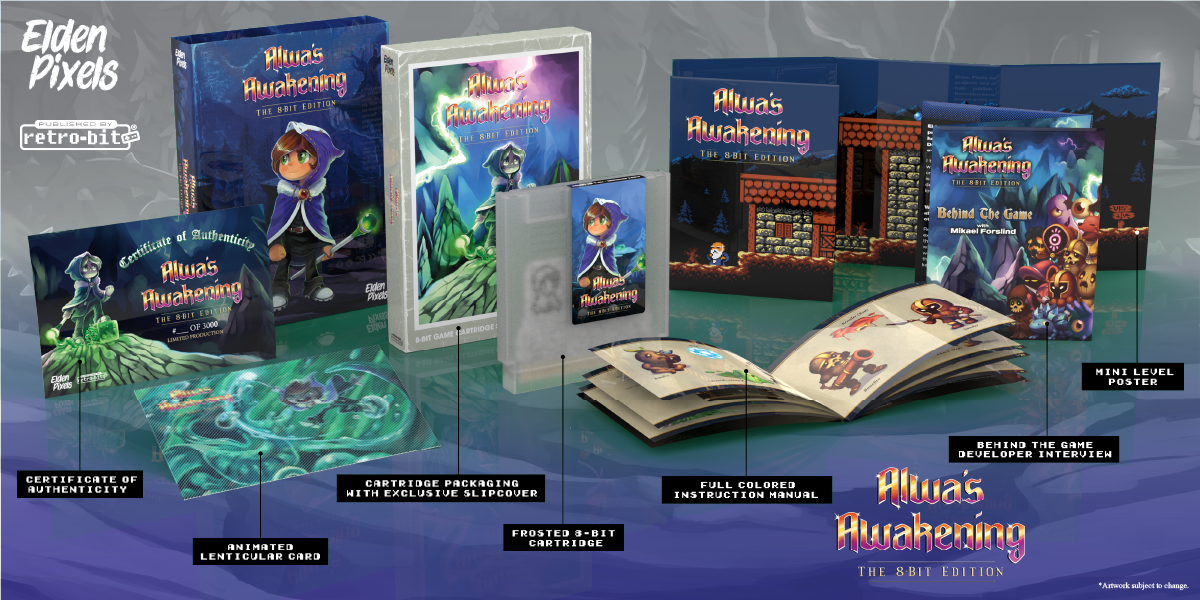 INCLUDED IN THE CARTRIDGE EDITION 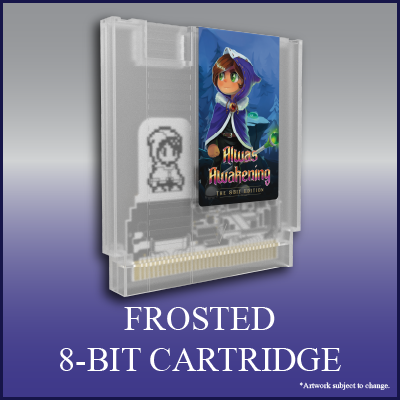 Compatible with original NES® consoles and most 3rd party consoles, this cartridge sports a semi-clear frosted case with a specially made PCB board inside.  Includes a 5-volt chip, battery-backed saves, beveled insert points, and gold-plated contacts. 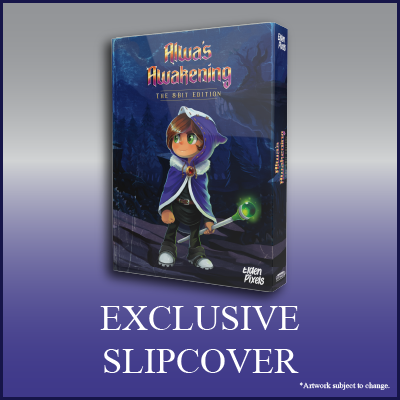 The exterior of the box is protected by this glossy slipcover featuring the artwork of Zoe and will sit perfectly in any game collection. 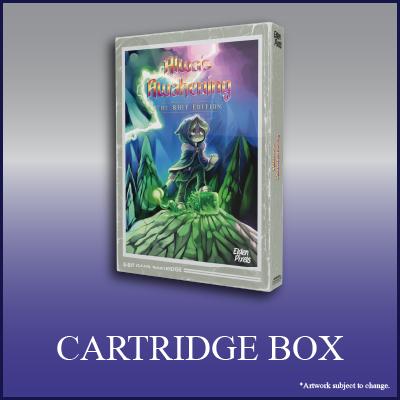 This throwback to classic 8-bit era boxes shows off the amazing box art by Elden Pixel's team - a fine tribute to the past.

As is tradition with each of our releases, each one comes with a numbered certificate based on the final production total.  What will your number be? 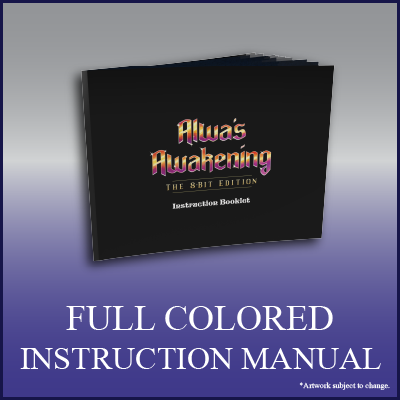 Guiding Zoe around the world of Alwa won't be easy.  Luckily, this booklet includes information, hints, and additional artwork. 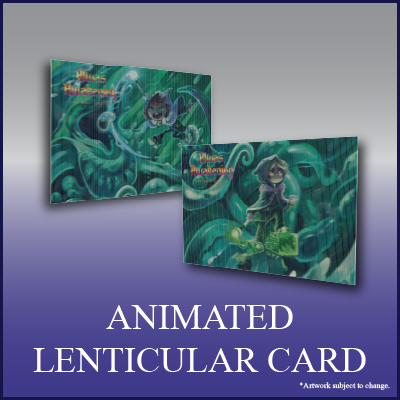 Regardless of which angle you view it in, you'll be treated to some more spectacular artwork showing off either Zoe or her enemies in this lenticular card. 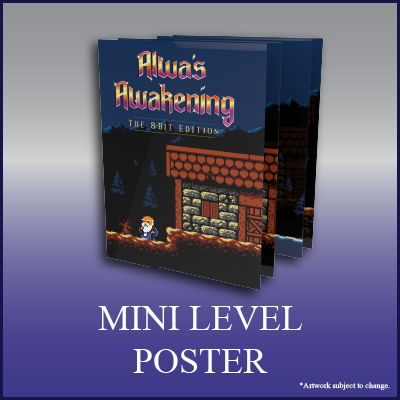 The town of Westwood has many friendly villagers who are more than happy to provide help to Zoe.  Now you can display the quaint little town in all it's pixelated glory. 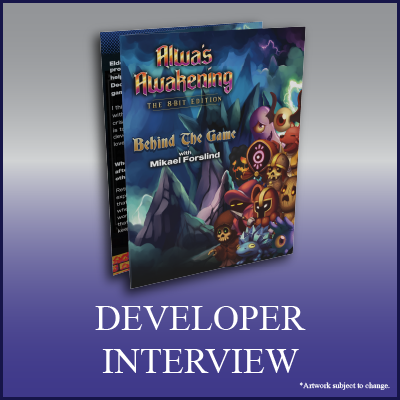 We poked Mikael Forslind's brain to ask some important questions: What challenges did they face?  What does he put on his pizza?  Will there be more adventures in Alwa? 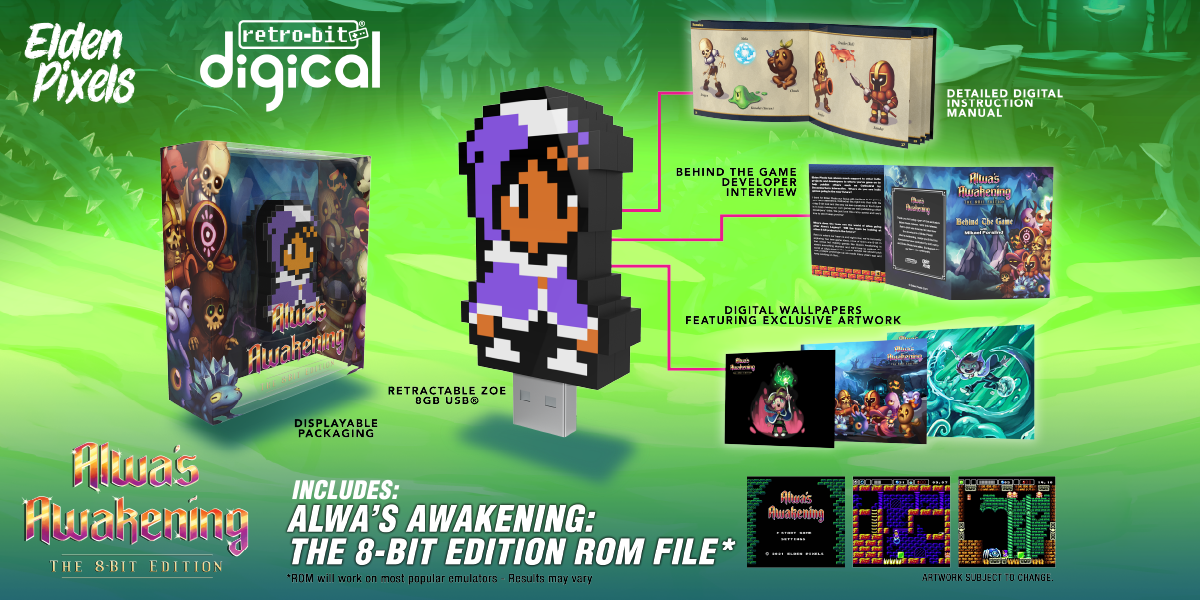 Thanks to feedback from the community, Retro-Bit Publishing developed a simple and groundbreaking method to provide gamers a new option in owning a game while continuing to support the developers with their new Digical concept. Digical combines aspects of both DIGItal and physiCAL releases. Each Digical release includes the game ROM and exclusive digital content packed in a character-themed USB® stick along with a display case that really stands out in any collection! This gives customers a chance to play the game while foregoing all the extras included in a physical release.

What you get in the Digical is yours to keep - there is no DRM and no servers to ping. This is your game to own, collect, and play as you wish in addition to all the digital items included on the drive. With Alwa’s Awakening: The 8-Bit Edition Digical release, there is hope that this concept can be embraced by the community so that more classics can be released in the future using this format.

INCLUDED IN THE DIGICAL RELEASE 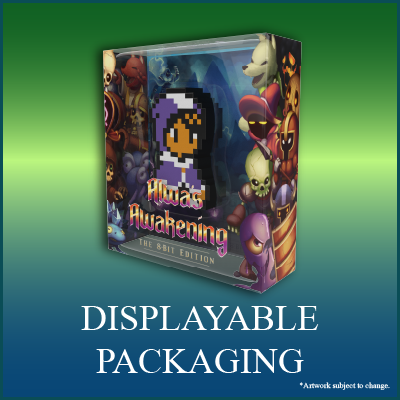 A special release like this, no matter how small, deserves a special box.  Each Digical release also carries its own production number, just like a certificate of authenticity. 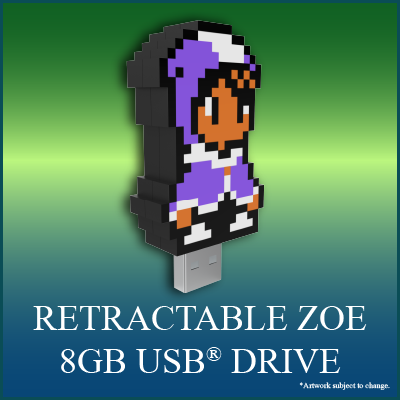 Taking the form of the Zoe sprite from the game, this USB® stick comes loaded with the game file as well as a few extras! 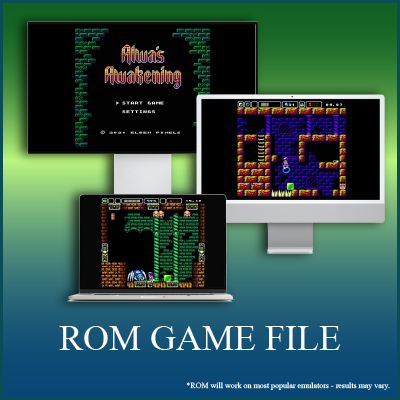 The full version of this game is in a small ROM file for you to play and own!  No DRM or hidden files here.  It is compatible with most of the popular emulator programs out there. 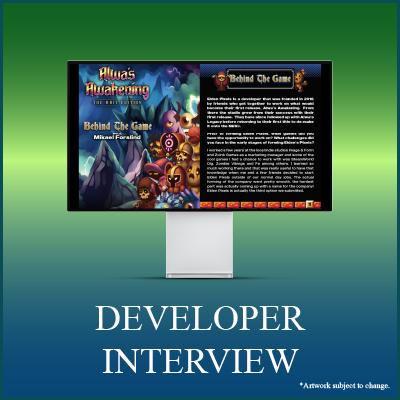 You won't miss out on all the fascinating information developer Mikael Forslind has to share.  Take some wisdom from a small indie developer of what it takes to make it in the industry. 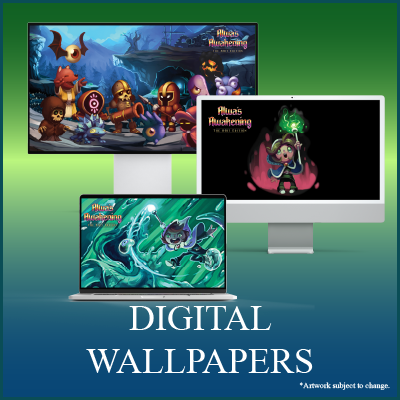 The loveable Zoe's first outing comes along with some nice visuals to take on your adventures.  Created by the talented team at Elden Pixels, this is the only way to get these wallpapers. 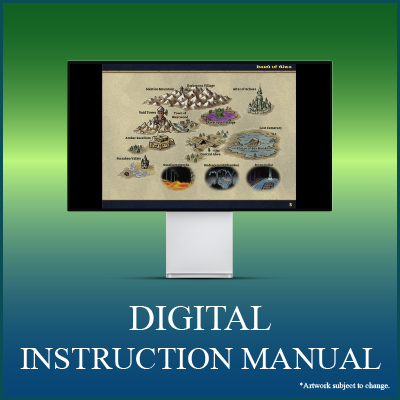 If this is your first outing into Alwa, you'll want this beautifully illustrated manual with some tips and tricks on how to avoid the many hazards Vicar will throw at Zoe.

Alwa's Awakening will always find an audience with those seeking an experience where gameplay is king.

Alwa’s Awakening is a fun title that adds new mechanics regularly that allow you to explore and delve deeper into an ever-expanding map.

Lovers of chiptunes will delight in its soundtrack, authentic to the 8-bit era, and well-composed. It's the sort of game that deserves to stand out, not get lost in the mix.

Alwa’s Awakening is a wonderful game and I think it belongs right up there with Cave Story, Shovel Knight and other indie retro releases...

I’d be doing the retro community a disservice if I didn’t recommend Alwa’s Awakening.