When we announced Battletoads & Double Dragon for the NES®, many questions we received were "what about the SNES® version?"  It is no secret that the 8-bit version is both a technical marvel and a highly sought-after title for collectors.  So when you take the gameplay of that and give it a 16-bit upgrade with scrolling backgrounds, Mode 7 graphics, smoother animations, and a bumpin' soundtrack, you're gonna get one action-packed cartridge waiting for some couch co-op! 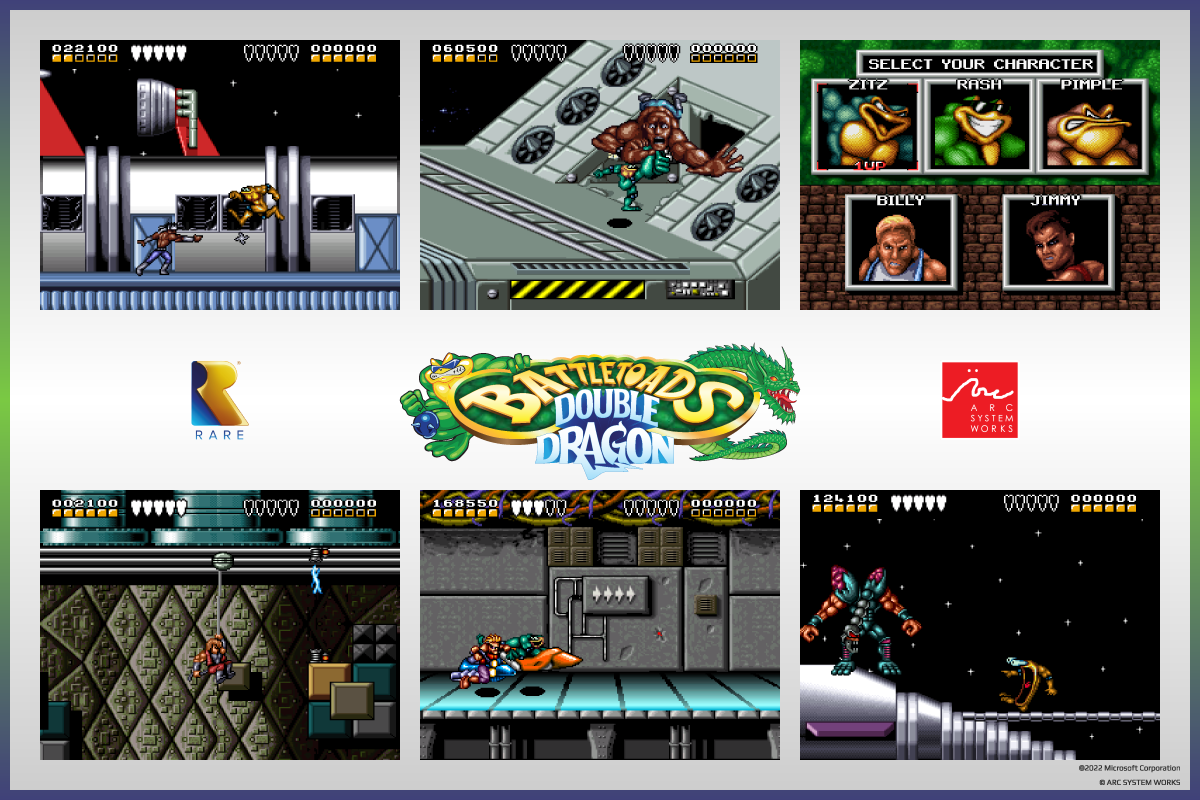 This product will also be sold in-store after its release at certain independent shops.

Note: Finalized artwork and designs are subject to change prior to release. 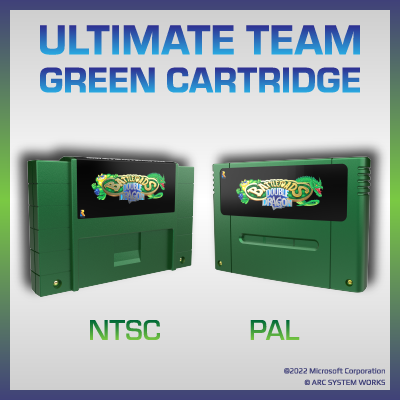 This time around, we cranked up the opacity and gave the cartridge the ULTIMATE green.  For folks with PAL consoles, don't fret - we got that available for our European retailers as well! 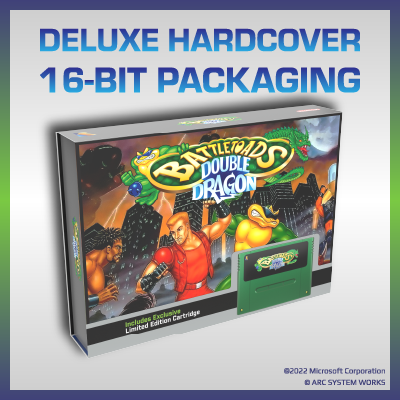 The box is just as much of a star as the game itself.  We debuted our new hardcover game boxes with the NES® version of this game and it was a hit.  Now experience our first SNES® hardcover box with this game. 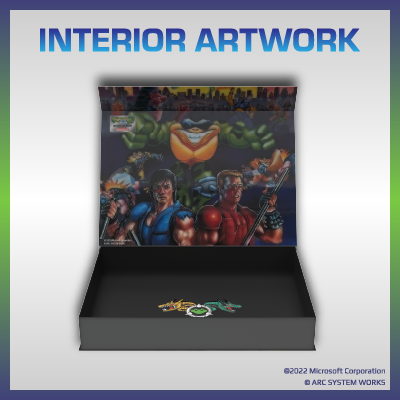 Our designers asked us "should we use the Battletoads art here or the Double Dragon artwork" and we replied "yes."  All five playable characters are present here as well as an individually numbered sticker to let people know this is extra official! 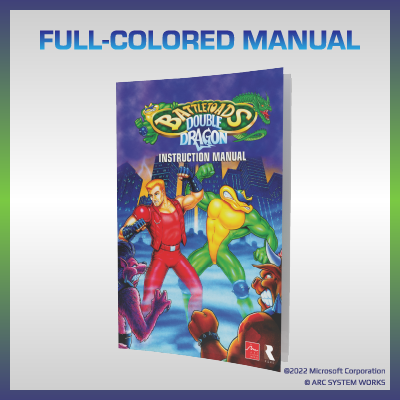 Each of our published titles comes with a re-done manual.  Get the details on the story and find out how many different flavors of pain you can bring to the Dark Queen and Shadow Boss.

“Yes, I will move to this!  This is identical to the NES version with some differences, but the graphics are improved ten-fold!  Putting these two teams together was a great idea, and fans of both will not be disappointed!  Yes!”

“Each stage feels fully interactive and full of surprises, preventing the action from feeling monotonous.  Some of the attack animations are absolutely outrageous.” 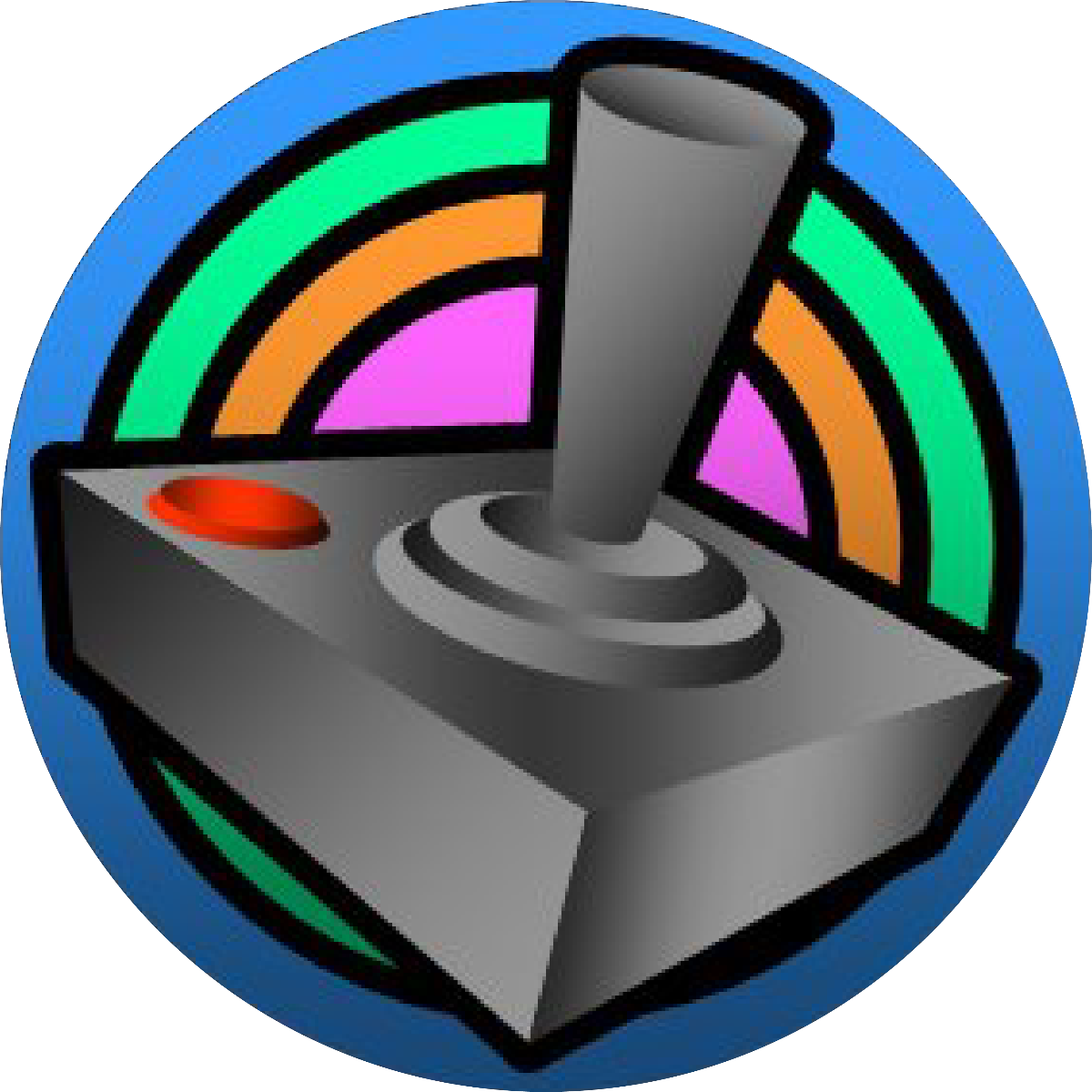 “The game combines the easy playability and the basic layout of the 8-bit game with the colorful, high-res graphics and the rich, full sound and music that is possible only on 16-bit.  Way to go, Rare!”

Here is a playlist of what people are saying on YouTube!