This Mega collection is set to be officially released on a physical cartridge for the first time in North America!

Fans and collectors of the widely acclaimed Mega Man series would always be curious about its only SEGA Genesis®/Mega Drive release.  With its release in 1994 for Japan and PAL regions, fans expected the North American release to come only to see the title moved exclusively to the SEGA Channel™ - a cable/download service that was available in some regions of the United States and Canada.  Those waiting for a physical option beyond importing would have to wait much longer.  Nearly 25 years when it officially released in North America as part of the collection of games on the SEGA Genesis®/Mega Drive Mini.  For those looking to experience the title on their consoles, Retro-Bit finally brings it to you in cartridge form as part of this collector's edition! 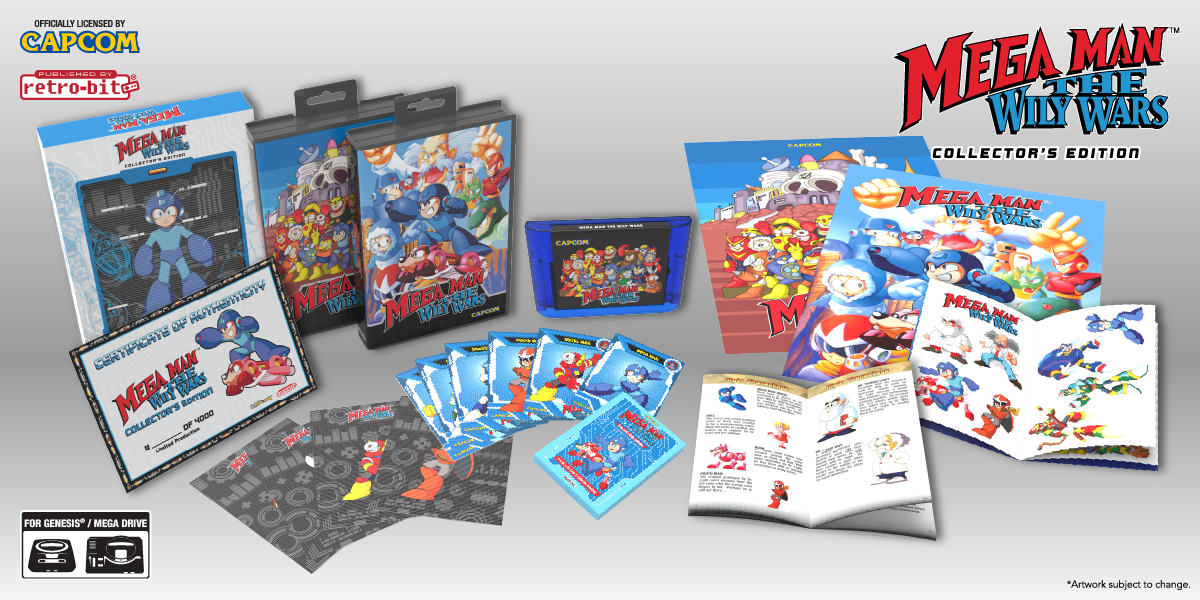 Fear not!  This product will also be sold in stores after its release at local independent shops. 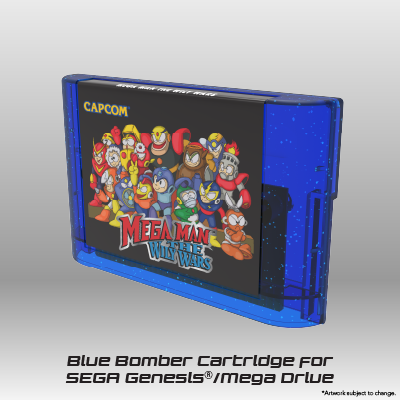 Compatible with original and most 3rd party SEGA Genesis® and Mega Drive consoles.  Featuring a striking blue sparkly shell, the game comes on a blue circuit board to match along with a 5-volt chip, battery-backed saves, gold-plated contacts, and beveled insert points. 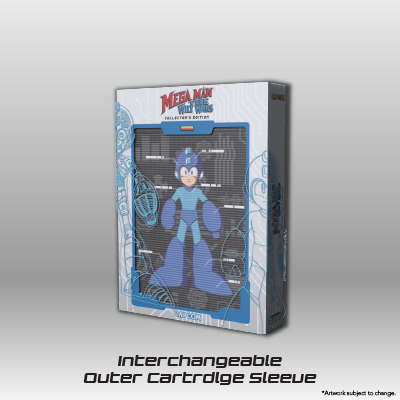 This specially designed collector's edition box features a sleeve to slide in any of the included lenticular cards to display.  Open it up to view some detailed sprites from the game itself. 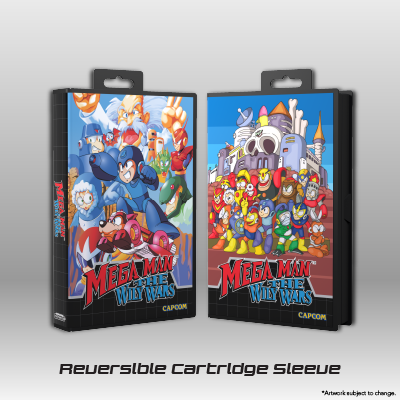 It's all about choices and here you can choose either the original release artwork or an updated side that includes the Japanese cartridge artwork. 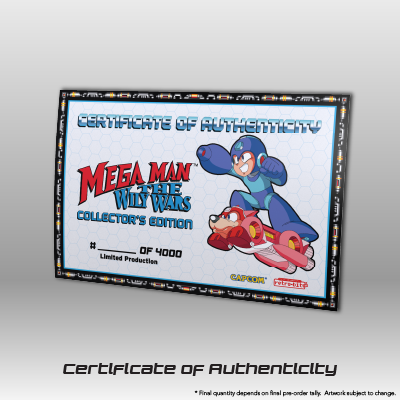 To make your collection feel just a little more special, each one has a numbered certificate based on the amount of the final production. 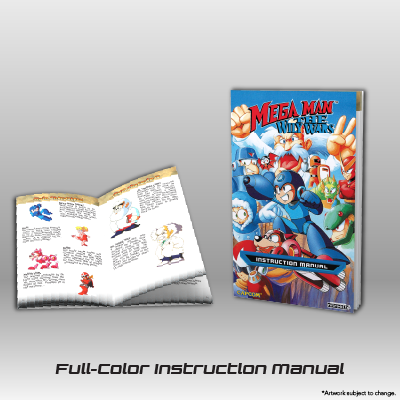 There's something about having a manual in your hands that feels right.  It features information on gameplay, the story, the cast, and some tips to help you out. 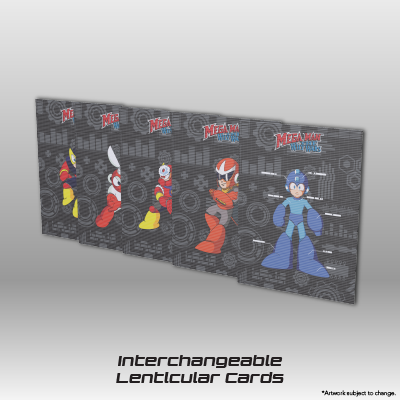 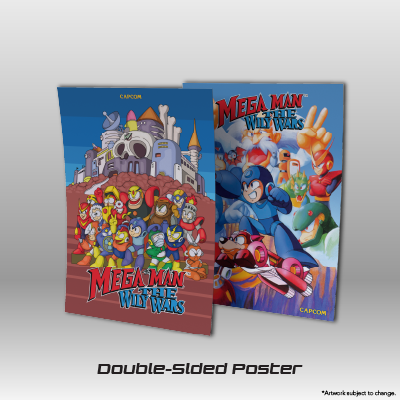 Can't get enough of the box art?  This 16" x 12" poster is printed on gloss to show off the colorful artwork - no matter which side you choose. 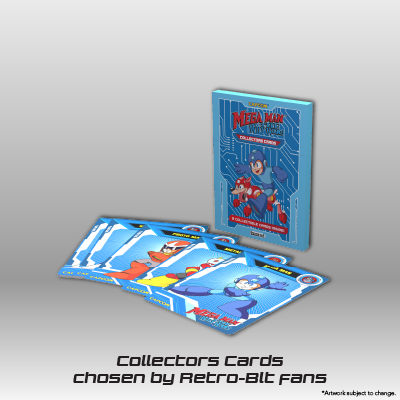 Thanks to all the participants from our survey earlier this year, we bring 9 special collectors cards featuring your picks!  Learn more about each character as well as their strengths and weaknesses. 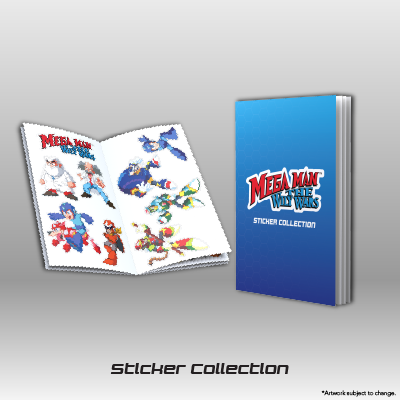 This sticker book features artwork from the first three games as well as the additional Wily Wars artwork.  Give your preferred surface a retro decoration!

"A must for any serious Mega Man fan."

"If you're a true purist and you really want that cart, Retro-Bit is going to help out with that."

"The music remains excellent and each soundtrack is fun to rediscover."

"These games are pure and good, and no level of meddling can really spoil that."

"The extra levels are definitely fun."

"If you enjoyed the games on the NES, you’ll love them here, too."