POMONA, CA, [April 6, 2021] -- In April 2019, Retro-Bit launched the Tribute64 wired controller in both USB® compatible and N64® compatible ports.  It was inspired by the Hori Mini Pad 64 that was widely popular in the retro-gaming community but has since been discontinued and can now run over $160.  Retro-Bit originally released a wired version with 3 color variants that included Ocean Blue, Forest Green, and Red. They later gave their fans an opportunity to choose a new color variant suitable for the N64 port controller where Atomic Purple, Classic Grey, and Sea Salt Ice Cream were the popular selections and were developed for the retro-gaming community.  The wired Tribute64 was raved by gaming experts and media stating it is “The best replacement for N64 fans” by Game Tyrant and “The Analogue stick – which is a close match to the one seen on the GameCube pad – is fantastic to use.” by Nintendolife.

Retro-Bit’s plans for a wireless version materialized in the production room as the next release. Built-in rumble, which had not been done by other companies with an N64 - compatible port wireless controller, was a feature that the company aimed to include.  As social media buzz and reviews rolled out about the wired Tribute64, Retro-Bit wanted to ensure an expansion on ultimate ergonomics that included a size and layout where players’ fingers easily fall into the perfect position for long-lasting gameplay.  By using clay molding and 3D printing during development, the promise of a wireless version of this beloved controller loomed over the fans. It will now be available in early 2021 and will include dual receivers to play on the N64 and USB-enabled devices.

Only limited quantities will be available for the Ultra Edition Tribute64 - a limited-edition jet-black color that will be a one-time exclusive!  Pre-Orders for the Ultra, Classic Grey, and Atomic Purple are set to start on April 7th and retail for $39.99 USD at the following retailers:

The wireless 2.4GHz Tribute64 will come with a receiver that is compatible with the N64 and memory paks. Some other features include:

We can expect to see the same amount of quality and work in the wireless Tribute64. Retro-Bit has brought high-quality controllers to the market in recent years, and the Tribute64 and Legacy16 are no exception.

A leader in the retro gaming community for more than a decade, Retro-Bit® brings new life to classic video game consoles with exciting accessories and controllers. From the original Atari® to the PlayStation® and almost anything in between, Retro-Bit offers the best new ways to play old games.  Retro-Bit can be found online at retro-bit.com, Facebook (@Retrobitgaming) and Twitter (@RetroBitGaming).

Innex Inc was founded in 2004 on the principles of innovation, fun, and a commitment to customer service.  Over a decade later and they continue to offer the Innex Experience of offering customers a wide variety of video-game related toys and peripherals at a competitive price.  Innex is an exclusive distributor of world-renowned brands such as Retro-Bit®, Stubbins®, KMD®, and Level Up Labs® Pixel Frames.

“Retro-Bit” is a registered trademark of Kool Brands, LLC.

All other trademarks and registered trademarks are the property of their respective holders.

Due to a policy of continuous product improvement, Retro-Bit reserves the right to change specifications and content without 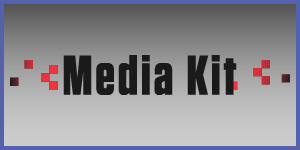 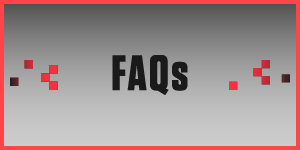